Americans Just Don’t Get The Chinese Way Of Eating. Do You? 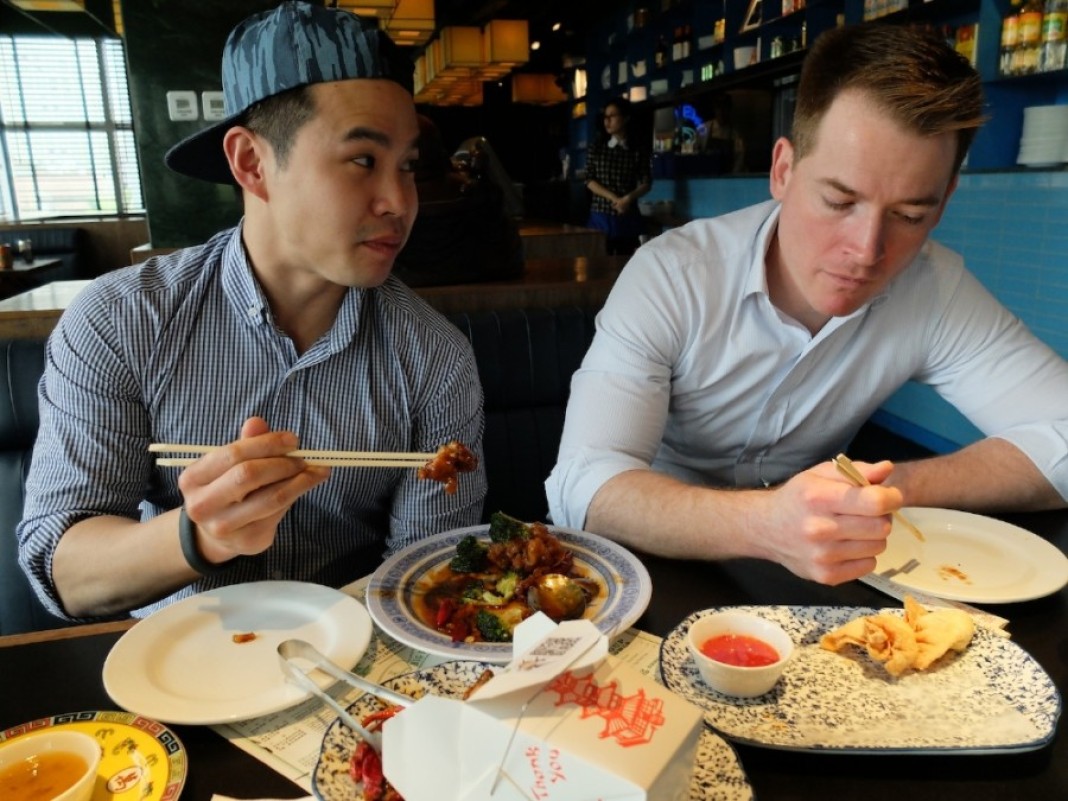 First of October is celebrated as National Day in China. October’s first week is known as the “golden week” and is the biggest week for tourism in China as the people have the whole week off to reunite with families, take trips and to enjoy the different flavours. Eating and drinking in China can be an enjoyable cultural experience.

But the way Chinese eat seems to baffle an average American out of wits. Americans just don’t get the Chinese way of eating.

1. The Chinese never eat food that drops on the table. While the Americans argue that only use they get out of their tables is for eating

2. The Chinese love to tuck into one bowl. They are people high on sharing. The Americans find the whole concept disgusting. They think this idea of sharing the germs from the chopsticks appalling

3. The Chinese place their pressure cooker on the floor, just like the Indians. But the Americans are totally against leaving any food on the floor. Well they apparently haven’t seen the size of our kitchens

4. The Chinese have no concept of tissues or paper napkins. Paper is a valuable commodity in China, they don’t even use it to clean food off their mouth. The Americans, on the other hand, have little or no value for the paper napkin

5. Now comes the part which the Americans would definitely won’t understand. The Chinese start off their meal with the dessert. The Americans would probably leave no place for food if they were served desserts first.

6.The Chinese usually have no water or tea with their food. And when they do, they prefer warm water. But the Americans have no concept of water, they are high on beer and aerated drinks.

So, now you know America and China are two different cultures and are definitely different in their rituals and ethics….

So internet is now flooded with thousands of types of content and the struggle of being viewed, clicked, and shared is real. But what...
Read more
Blogs

We recently shared a blog on the photo shoot of a couple celebrating 65 years of bond. and this time we have a couple...
Read more
Lifestyle

Sometimes in life all you need is a plate of hot steamy momos with a spicy sauce. The kind of food which has taken...
Read more

When In Goa, Don’t Miss Out On These Desserts!

Pappu Can Only Make Us Laugh Saala!
Read more
Blogs

Our Beloved Cricketers And Their Babies! Adorable!

Be it cricketers, film stars or world leaders, when it comes to kids they all become the same. A bundle of mush and love! We...
Read more
Load more
KHURKI

Watch How He Sees The New World After 44 Years Of Jail!

Everything should be taken positively...
Read more
Blogs