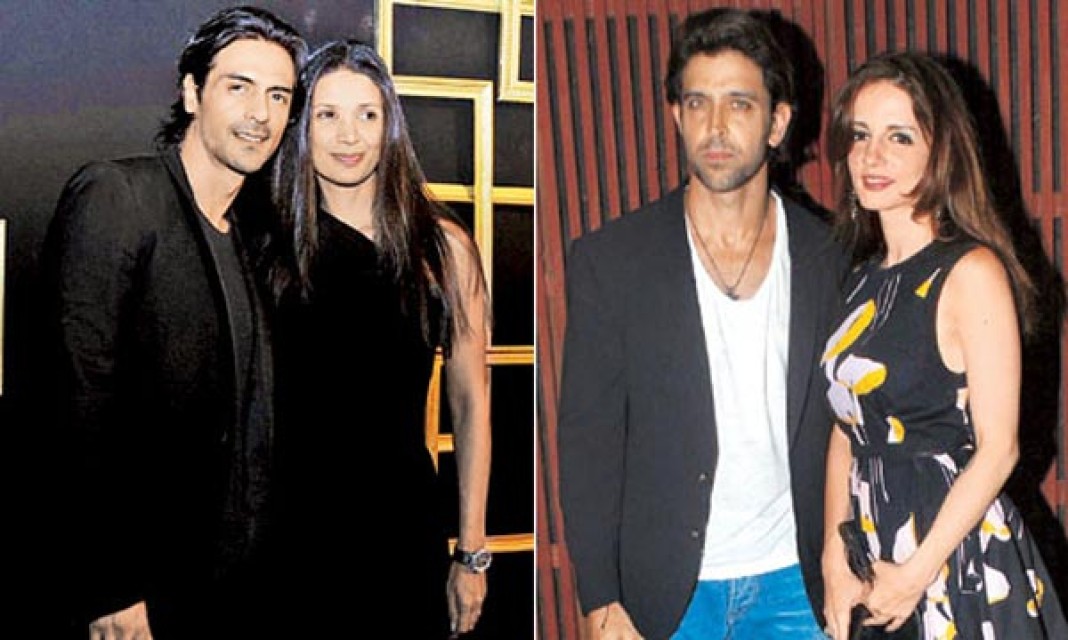 Arjun Rampal and wife Mehr Jessia Rampal filing for a divorce have been doing the rounds of the internet after a Mumbai tabloid reported the same. However, the actor has taken to Twitter to lash out at the press for their reports.

The actor trashed the rumours, putting to rest all speculations, for the time being. The tabloid had quoted a source, who had said, “Arjun and Mehr’s 17-year marriage hit choppy waters some time ago. But nothing can be said as of now as the couple has been extremely private about its decisions.”

My wife and I where at Bandra court filing a divorce?Say,Midday&few others.U know it’s really easy to find that out.Did u bother? #fakepress

Last year, when Hrithik Roshan and Sussanne had decided to part ways, the latter had been linked to Arjun. However, Hrithik, Sussanne and Arjun – all had vociferously denied the rumours.

Life After Divorce Is Wonderful…Khurki Tells You Why?

MOVE ON is the only way!
Read more
Lifestyle

Take Notes, These Are Things That Make Your Love Last

Are we still in love with each other or are we just living together? Has it come to this that your communication is restricted to basics...
Read more
Blogs

10 Reasons Why Indian Society Is Not Ready For Ki & Ka!

Those who haven't understood the topic or haven't seen the film, Ki & Ka is a cool and different concept. In this, a husband takes...
Read more
Blogs

Why Majority Of People Don’t Wanna Marry A Divorced Person?

Technically, there comes a phase of life where everyone wants to have a partner. But how many of us have ever considered marrying a...
Read more
Bollywood

Why is it that most of the Bollywood couples are heading towards Splitsville? The Ranbir Kapoor-Katrina Kaif breakup rocked the tinsel town early this year,...
Read more

An unthinkable situation, isn't it? But to horrors of horrors, there are countries that have been exercising control (to some extent completely) on Facebook...
Read more
Khurk
Shares in Nestle, the company that makes Maggi noodles, dropped nearly 10 per cent in morning trade on Wednesday. The selloff in Nestle comes amid...
Read more
Lifestyle

A star-studded affair was organised at the Ambani house - Antilla. The Ambanis, who are the owner of Mumbai Indians (MI), celebrated their victory in the...
Read more
Flicks

For Rohit Sharma, Who’s The Poonam Pandey This World Cup?

Rohit Sharma the Poonam Pandey way! Shradha Sharma, who was seen in the TV show Bigg Boss 5, has reportedly confessed her love for...
Read more
Blogs

Fun Can Be Dangerous Too...
Read more