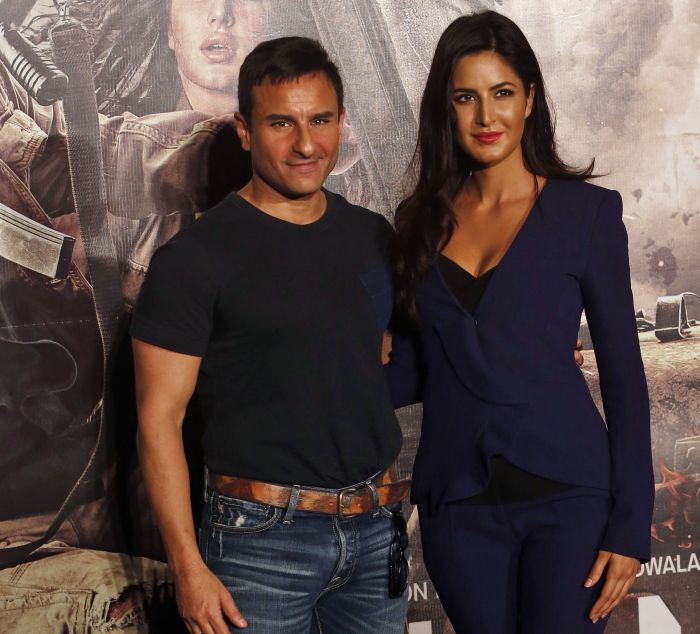 After a powerful trailer, the film’s first song ‘Afghan Jalebi’ which features Katrina Kaif, has been released.

Katrina has been seen dancing to some extremely popular item numbers in the past but this time just sits and gazes at dancers in the song.

The song has been sung by Pakistani singer Asrar (SYED ASRAR SHAH) and composed by Pritam and have been lip synced by Qazi Touqeer, winner of the show Fame Gurukul.

The catchy beats instantly send grooves down your belly and you feel like dancing ‘Shakira style’ on this one.

Phantom has been co-produced by Sajid Nadiadwala and UTV.

The film is scheduled to release in theatres on 28th August.

Don’t miss out on the agitated PC for the Phantom trailer launch..

Love & hate are seemingly the only topics picked by Indian filmmakers. Picked up recently as a hot favourite are revenge saga. Even actors of such...
Read more
Flicks

Shruti Haasan has sung a song picturised on herself for her film Gabbar Is Back. What's more incredible is that she recorded the song...
Read more
Bollywood

Deepika In For Some Seduction From Hollywood? Ranveer Listening?

Yep, you read it right..!! Deepika Padukone was the first name on his mind when asked if there's someone in the Bollywood industry whom he...
Read more
Bollywood

Actor Sushant Singh Rajput opens up on how director Dibakar Banerjee played a "game" with him for a kissing scene. He shares a kissing scene...
Read more
Load more
KHURKI