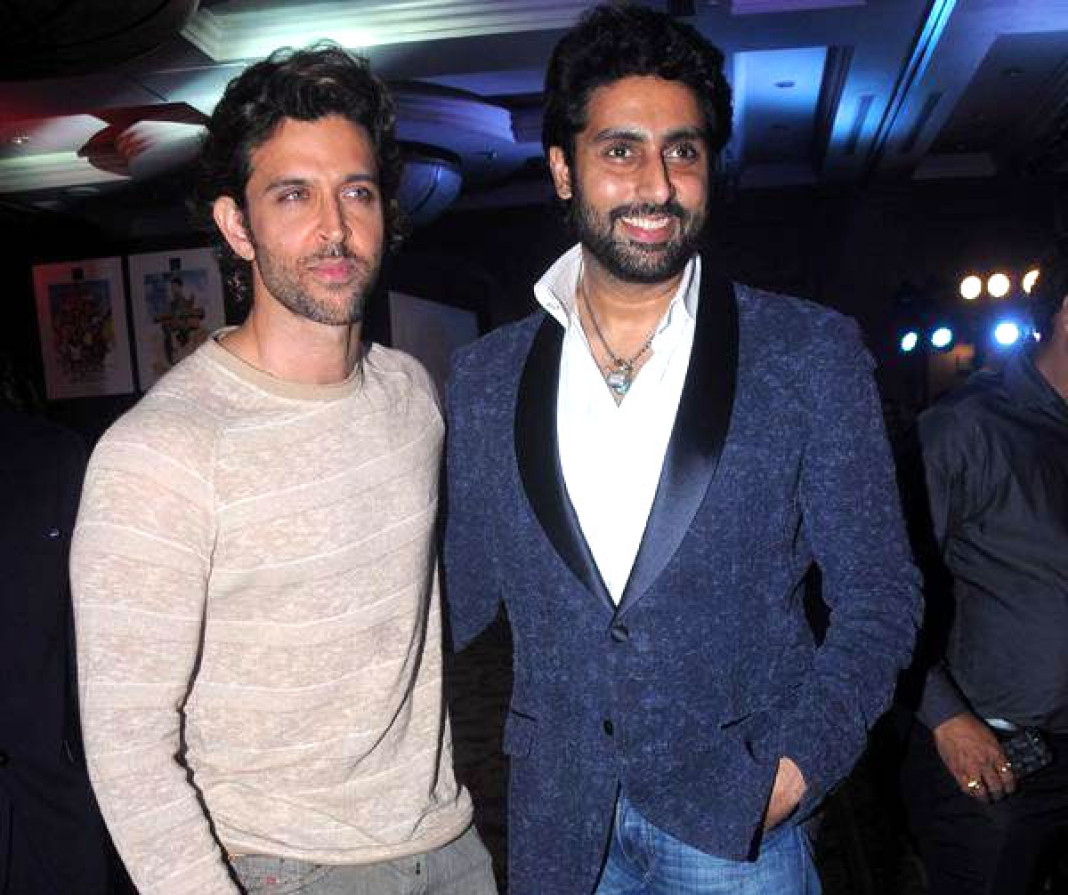 Abhishek Bachchan & Hrithik Roshan To Play Ram-Lakhan In Its Remake!

Yess! Karan Johar and Rohit Shetty’s Ram-Lakhan has been in news since it was announced. The most-awaited news  in this whole sequence was to who would play the two leads.

And, if the rumours are to be believed, then Abhishek Bachchan and Hrithik Roshan are going to don the lead caps.

This is for the first time Hrithik & Abhishek would play brothers on screen, after having played rivals in super hit movie Dhoom 2.

The remake of Subhash Ghai-directed 1989 hit will be made jointly now by Karan Johar’s Dharma Productions, Rohit Shetty and Mr Ghai’s Mukta Arts.

Karan Johar tweeted the announcement about the remake last year….

Ram-Lakhan would be the second film of Subhash Ghai to be remade after the just-released Hero, starring Sooraj Pancholi and Athiya Shetty. The 1983-original starred Jackie Shroff and Meenakshi Seshadri.

And now how can we miss this super-hit Bollywood number from the classic movie Ram-Lakhan.

Isha Koppikar All Set To Make A Comeback! Was She Even Missed?

From Sanam Puri to Akash Gandhi, we all have heard these underrated singers giving a different meaning to original Bollywood or international numbers. Adding...
Read more
Bollywood

Staying fit is the first step to living healthy. So if you want to set your fitness goals or want to get stronger and flexible,...
Read more
Flicks

You did it!!!
Read more
Blogs

IIFA Awards 2015 held in Kuala Lumpur this year have set a new benchmark as far as presentation and absence of Bollywood stalwarts is...
Read more