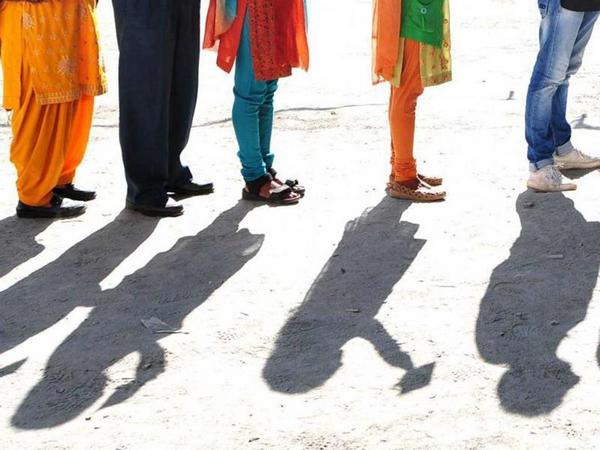 Shimla, Sep 27: For a state that is the third in the country to start a Rs 1,000 per month social security pensions for its 2,500-odd registered transgender population, Himachal Pradesh’s voter list tells a different story. Of 49 lakh registered voters on the electoral roll published on September 15, there are only 12 transgenders. The number of Non-Resident Indian (NRI) voters is just four. There are 24.98 lakh male voters with women vote strength at 24.07 lakh. The dates for elections to the state assembly are not announced, but the expectation is that of pools being held in December. The term of the assembly ends on January 7, 2018.

There is no official record of the transgender population in the state, but based on experience and anecdotal evidence, state government officials peg it anywhere between 2,000 and 3,000.

Yet, the state’s department of social justice and minority affairs has set a target of disbursing social security pension to at least 200 transgenders in 2007-18 that ends on March 31, 2018.

There is no clarity on how many have been given the social security as of now, even as Tamil Nadu and Orissa are the only two other states offering this scheme.

The government claims the huge mismatch between what it believes on the number of transgenders and what the electoral roll shows is a problem related to identity. “Like other states, transgenders in Himachal Pradesh are not organised. They usually are mixed in with the general population. There is also a social stigma attached and most transgenders do not want to reveal their identity,” said a government official.

“In Himachal, transgenders are scattered in every constituency but their presence is more in areas bordering Punjab and Haryana,” said Dr Sandeep Bhatnagar, director, social welfare and minority affairs department.

He also claimed that the social stigma remained a stumbling block to knowing the exact number of transgenders in the state. “With the number unclear and not many coming forward, the process of giving pensions to them as slowed down,” Bhatnagar added. The state government has also set up facilities for transgenders like medical aid in districts.

“The process of preparation for the last part of the state’s electoral roll (services) is on. We have received only 63,200 forms so far,” Pushpendra Rajput, Himachal Pradesh chief electoral officer told.

On the latest electoral roll, there are 1.25 lakh new voters. Of these, 40,567 are the first-time voters in the age group of 18-19, CEO Rajput said. On the old list, the election commission also found names of 47,523 people who were dead.

“This time, the commission will set up the system of ‘Electronically Transmitted Postal ballot system in the all 68 constituencies for benefit of army personnel and other designated categories allowed this facility,” CEO Rajput added. A total of 7,479 polling stations will be set up at 6,820 polling booths. There will be 37 auxiliary polling stations.

The commission has said that it will organise participative and people – friendly Systematic Voters’ Education and Electoral Participation (SVEEP) campaign to transform the campaign into a people movements to create festive buzz about the forthcoming elections “All media including indoor, cinema hall, video vans and social media will be used to ensure voters get their names in the updated rolls and actually turnout to vote,” Rajput added. The model code of conduct for the polls is likely to come into effect in the first week of October.

Shimla, Sep 19: In a major embarrassment to the Tourism Department, the High Court has set aside the order issued by it for cancelling...
Read more
Himachal

Shimla, Aug 22: The flak drawn by the state government over inept handling of the sensational rape and murder of the 16-year-old Kotkhai girl...
Read more
Himachal

We too went rolling on the floor laughing. Go ahead!
Read more
Blogs

Re’heel’y Weird Footwear! See It To Believe It!

For those of you who think that you have the best of heels then be it coz we have the worst of heels for...
Read more