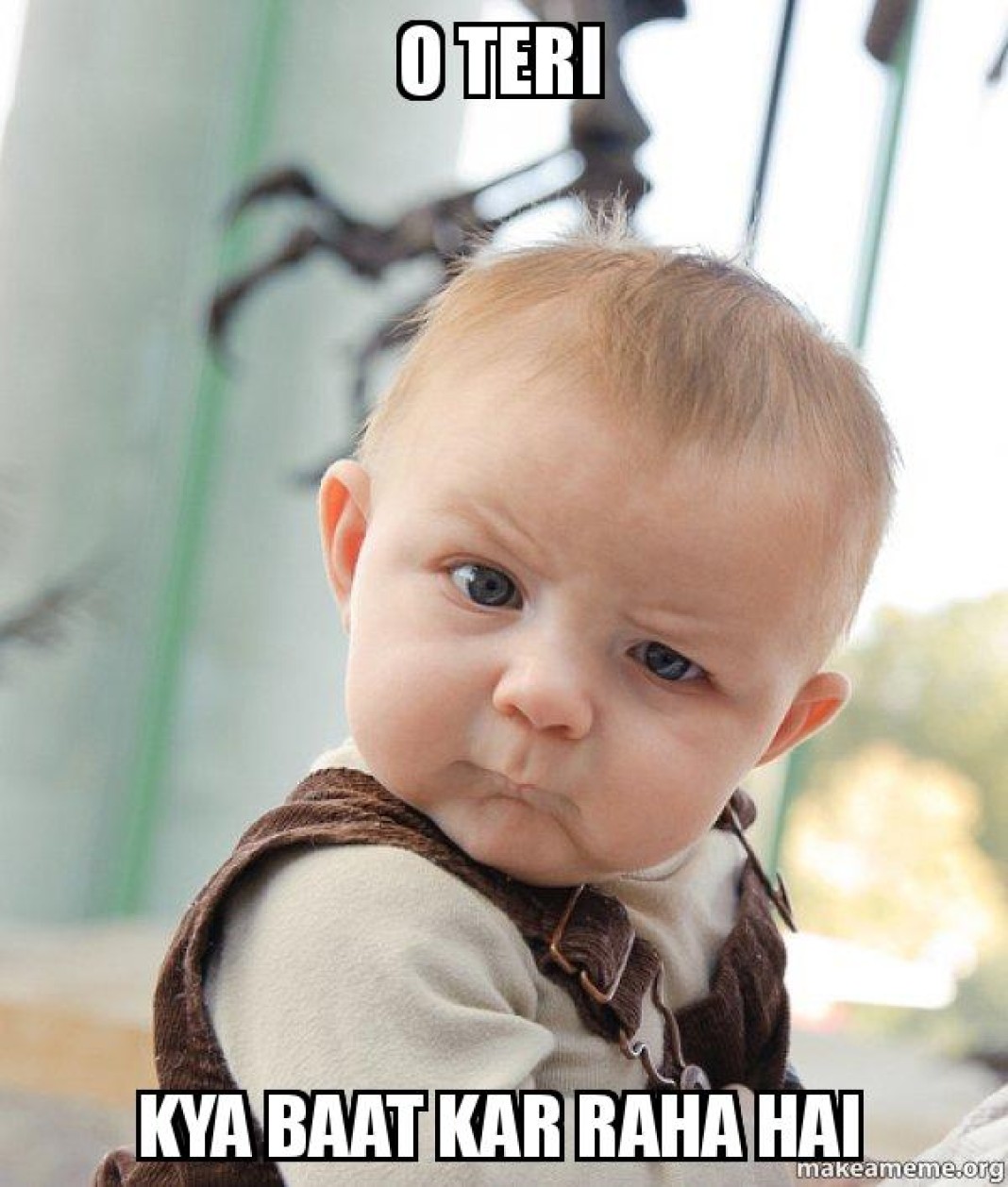 Why Do Men And Boys Love Using Gaalis?

Talking is about expressing our thoughts and if you think using abusive words is very cool and swag then you are absolutely wrong. For me, boys abusing each other for every other thing is not at all cool and if we are doing it, then what is the point of us being educated??

Men and boys mostly use abusive words in their communication, but no matter how friendly they are, these abuses appear to us as a severe pain.

Here are some reasons why men use abusive words while talking:

1. Simply those who do so are “padhe likhe gawaaar”. At least they should know how to converse in public after becoming literate enough to exist in society

2. It’s basically a problem linked to many ‘gaalis’ just because people want to show anger to someone or something where their ‘actions can’t speak louder than words’

3. Also, it’s obviously a quality directly proportional to the company of a person. I’m sure Ambanis and Modi Ji won’t be using these abuses at all. LOL

4. You know what?? This problem basically originated from Punjab, because Punjabis are really outspoken!!

5. It’s an expression which brings a feeling of “PRIDE”, that, yes, now I have done something masculine

6. Men do have this feeling of supremacy by using ‘gaalis’. Why? Because it’s ‘male attitude to greet with gratitude’

7. World has plenty things to stress men out of their senses..so to ease out of this state of frustration, worry, unhappiness – you abuse

8. Bad habits die hard…so do these ‘abuses’ for many are just a matter of habit

9. Men use many of these ‘gaalis’ just to crack up some humour among friends, companions or colleagues because it can help them escape arguments too!!

10. Jealousy is the spice that adds texture into gaalis and its usage for folks around

11. If you don’t use gaalis…you are definitely not following the trend! So it’s trend factor too!!

12. Men feel that it’s an important tool to attract people and involve them in their talk

13. To evoke the feelings that one can never express face to face, gaalis become lot easier

14. Men take themselves to be cool and stylish by using such words (it’s a big myth)

15. Guys have to impress girls mostly they appear as “Bad man” figure…thinking that all good girls like bad boys

16. Fluency and control is a key constituent that intimidates the masculine to just use them in routine talks as they are proficient enough by passing time!

17. Where politeness fails…gaaliyaan prevail. Yes, it’s true and an evident fact in many situations!!

18. An important factor is “frighten some individual and show supremacy”. To show oneself as a bully and get the job done, by establishing fear among masses

19. To lash out with harshness and bold words is the way to show that “ladkaa bada ho gya hai g!!” as those who avoid them are ‘kids’ and ‘dumb’!!

20. Ending up…we should say that ‘it’s in our genes, in our Indian culture, in our mentality” and it is a “MASTERPIECE” we inherited.

HOPE YOU ENJOYED READING ALL THESE FACTS!!

The Punjabi ‘living legend’ and the King of Punjabi music Gurdas Maan is making news these days for a different reason. Very recently, he launched...
Read more
Flicks

Are you always on your Android playing games? Do you find yourself on sites like AndroidHackers, looking for mods for your favorite games? Are...
Read more
Flicks

Are you planning a vacation to the all-time hit fun theme park Disneyland? Hold your breath, as, if you are planning to click selfies at the spot, you are going to be...
Read more
Blogs

Why Do Men And Boys Love Using Gaalis? Talking is about expressing our thoughts and if you think using abusive words is very cool and...
Read more
Humour

Tau ji, yo ke sae? If you are travelling by road in Gurgaon, watch out for a big burly guy dressed up in a rustic...
Read more
Load more
KHURKI

We have been hearing theories and supposed facts since our childhood. How many times have we really questioned those stories and tried to find...
Read more
Humour

The Pinks Only Know How To Love Unconditionally

If your beau loves you like crazy and can’t think beyond you, then a secret peep in her cupboard might revel that she’s a...
Read more