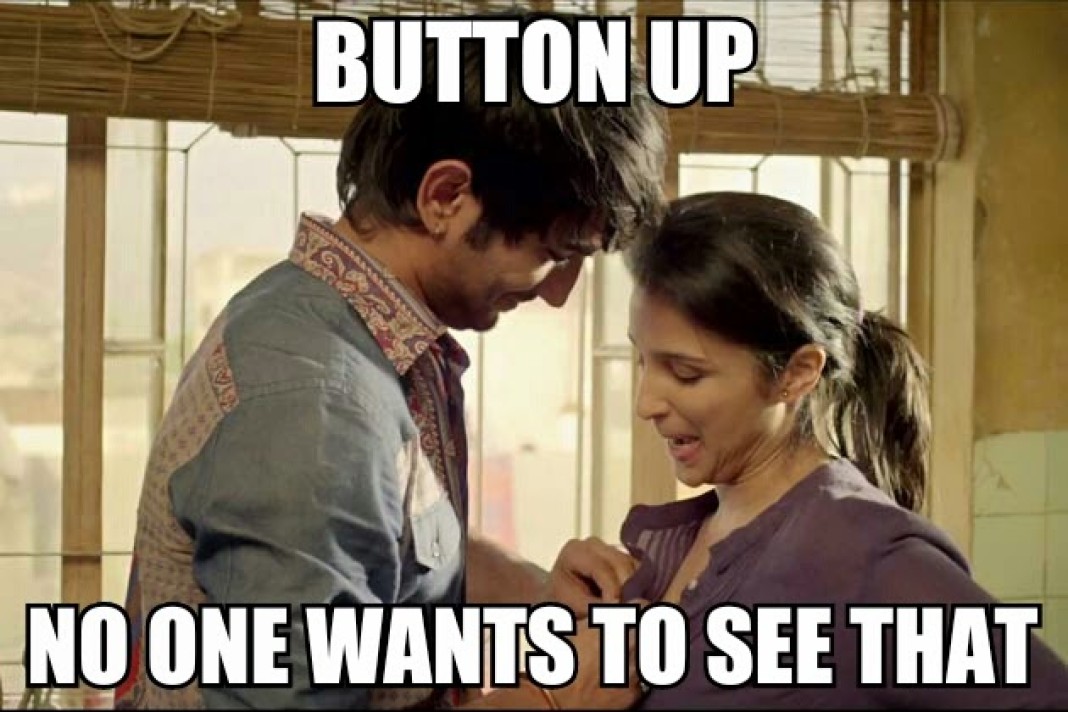 Wannabe and hero worshipping of your favourite Bollywood stars is a sure-shot for all of us. I want that Ranbir Kapoor body as in Anjana-Anjani, the Priyanka Chopra tattoo or wanna live-in like this Bollywood couple or party like that one.

The REAL time stars definitely show you a lot of glamour but every movie has a lesson to teach.

A young Delhi woman from a traditional family goes on a solo honeymoon when her wedding is canceled.

“I know life for girls is planned out for them by their families.They lose their own perspective on life and they are okay with that.” In a scenario where as a girl crosses 20, her family gets busy to get her “settled”, she never plans anything by herself, unless as in this case of Rani, marriage plans go away..”

I’m going with four out of five for Queen. It’ an extraordinary journey of self-discovery, and Rani stays in your heart.

A 15-year-old girl from a rich family gets closer to a 17-year-old boy and she ends up getting pregnant. The families of the boy and the girl do not support the pregnancy; hence they elope and support their unborn child. 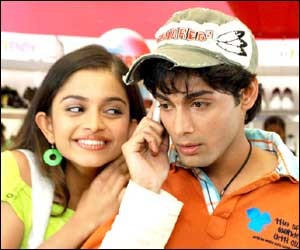 Sid Mehra is a young man living in Mumbai who benefits from the indulgence of his parents. After graduating from university, he tries to work in his father’s business, but lasts only a week. He then meets Aisha an aspiring writer from Calcutta. Sid helps her get settled in the city and then wants to take things further — but Aisha isn’t interested because of Sid’s slacker personality. Will her rejection serve as a wake-up call for Sid?

Wake Up Sid urges us to correct our decisions, realise our underfed talents and live life according to our own liking.

– Every moment spent repenting a past mistake is another mistake

– Do what you LOVE, or don’t do it at all. Don’t say YES when you mean –NO. Don’t do something and dream something else. I call this self-torture. Don’t put yourself to living this life of torture

Three friends meet their girlfriends at the beach and misunderstandings cause problems.

This quirky take on the bachelor life and modern-day couples is a must watch for anyone dealing with a quarter-life crisis.

– A relationship means end of your own happiness

– A happy woman is a myth

– What girls wish to buy and what they actually buy, will never be same

– If you don’t know how to fake talk, you are dead

– From Babu I Love You, to I don’t think it’s working any more takes 10 mins and is a reality

– Behind every unsuccessful man also there is a woman

– Any discussion is an argument and you can never win it

– In relationship means you have become “Dhobi ka Kutta”

Two lovers break up after they realize that their career goals are pulling them in different directions.

‘Love Aaj Kal’ is not really a road movie, but it does involve some travel.

The film portrays the feeling of pure love which never changes, although the perspective of realising one’s soul mate has changed over time.

They are happy with each other, but do not believe in tying each other down so, when career beckons, they have a mutual break-up, but decide to remain friends. The couple believes they have moved on. It shows that, even though people these days try to make themselves believe that love is just an infatuation that goes away with time and that there is no such thing as “true love” or “soul mate”, in their hearts they still love each other with that passion.

Two characters affect, change, befriend and eventually fall in love with each other is the journey the film aspires to take us on…

The journey from a 21-year old to a 30-year old has shades of all kinds. As the rest of life will too, undoubtedly. But there is something about one’s first tryst with adulthood which is particularly powerful… a kind of rawness, a lack of lived experience, no way of truly knowing what lies at the end of the road one is walking on, a constant seeking in the dark for the moments where life is full of light.

A single, crazy dream unites four hapless individuals who try to turn it into reality.

– Never underestimate anyone around you. Everyone has the power to surprise anyone at any point of time

– However rich you may be, but never stop doing your work

– Past performance does not guarantee future results

– There are good people around who guide us in their own discreet way. Don’t ignore them

Rang De Basanti is more than another patriotic film: it is a moral, social and political parable. Om Prakash Mehra provides us with a mirror to look inwards and think about the way we live and the choices we make.

After a group of friends graduate from Delhi University, they listlessly haunt their old campus, until a British filmmaker casts them in a film she’s making about freedom fighters under British rule. Although the group is largely apolitical, the tragic death of a friend owing to local government corruption awakens their patriotism. Inspired by the freedom fighters they represent in the film, the friends collectively decide to avenge the killing.

Two friends looking for a lost buddy deal with a forgotten bet, a wedding they are forced to gatecrash and an out-of-control funeral.

– With your passion, you can change the world

– When you chase your dream, you CAN get paid for it

– When you ditch your fears, they cease to haunt you

– Living by conventions could turn a recipe for failure

As she turns a year older today, Bollywood dance queen Madhuri Dixit says age is just a number for her and it didn't stop her from doing...
Read more
Blogs

9 out of 10 people love chocolates and the 10th person will always be lying. It’s a fact: No one hates chocolates. Indeed, all we...
Read more
Blogs

Wow! How Make-Up Helped Transform Them Into Beauties!

It is all about the transformation that Bollywood actors undergo post make-up!
Read more
Blogs

Signs That He Really Loves You Lucky Girl!

Anyone can say I love you, but not everyone can prove it.
Read more
Blogs

10 Eve-Teasing Lines Girls Hate The Most But Won’t Admit!

A ridiculous form of enjoyment for men and a physical as well as mental torture for women can be summed up in one word:...
Read more
Load more
KHURKI

What's in a name, Shakespeare had said centuries back. By the same standards, a nickname would be even more redundant. But ask those who don't...
Read more
Flicks

Do You Love A Videshi Or Local Girlfriend?